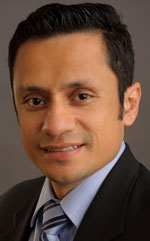 My name is Elias. I’m a small business owner and community organizer living in the South Addition neighborhood of downtown Anchorage. I’m proud to call Anchorage my home -- and of the journey, I took to arrive here.

I'm running for the State House because I believe that if our progressive values are to succeed, we have to work together to put them into practice. I know the difference those values can make in public policy and in an individual's life.

I was born and raised in Watsonville, California, a diverse city on California’s Central Coast, where a majority of the population is of Latino descent, where strawberries and apples are the big industries, home of the famous Martinelli’s apple cider.

My sister and I were raised by our hardworking mother, who divorced our dad when I was five years old. My mom worked two jobs to raise us, first as a farm worker and food processor, and eventually as a cashier at local grocery stores. I remember her taking me with her to night school, where she attended English classes so she could improve her speaking skills and continue advancing at work. She helped develop my values, especially a core value she passed down to me: Education is the key to opportunity.

While Mom worked, it was our job to do well in school and stay out of trouble. As a young teenager, I did my part by playing soccer and joining the Boy Scouts. I struggled a bit in the early days of my Scouting career; so much of the organization was built on father-son relationships, and that was something that wasn’t part of my life. Fortunately, some of the other boys’ dads took me under their wings. That experience instilled in me the values of community and the belief that we are all in this together.

As a first-generation college student, I wasn’t just the first person in my family to earn a degree; I was the first to even apply to a university. I played Division 1 soccer at San Diego State University, where I graduated with a bachelor’s degree in international business. Later I would go on to earn an MBA from Alaska Pacific University.

It was during my time at SDSU that I first got involved in progressive politics. I became a SDSU Young Democrat and was one of the first presidents of the newly formed San Diego County Young Democrats. I volunteered for numerous campaigns and events, including the 2000 Democratic National Convention in Los Angeles, where I witnessed Al Gore accept the Democratic nomination for president. I worked for Democratic candidates and officeholders at the local and state level, helping turn and keep Southern California blue.

In my late twenties, seeking new adventures, I moved to New York City. As an out gay man with political organizing experience, I found my niche as a senior field organizer at the National Gay and Lesbian Task Force, a union shop organized by SEIU, where I had the privilege of traveling across the country, training, consulting and organizing LGBTQ communities under attack. I helped organize campaigns to defeat anti-gay ballot measures and pass pro-equality initiatives, helping build community and digital outreach skills wherever I worked.

In 2006, I moved to Alaska to be with my partner. Here I brought my community organizing experience to United Way of Anchorage, where I worked with nonprofits across the city and revamped the organization’s grant process model to one focused on health, education and income - meeting the needs of our community's most vulnerable. I then moved to the private sector, working for two Alaska Native regional corporations and local marketing and advertising agencies. In 2015, I started my own small business, Alaska Digital Strategies, a digital marketing and business consulting agency.

Alaska is my home and home to many other LGBTQ citizens, and for more than a decade I’ve been working to help ensure it’s a home where we feel safe, secure and equal under the law.

In 2007, I was one of the LGBTQ community leaders who led the fight against an anti-gay statewide advisory vote that would have begun the process of stripping away same-sex partner benefits to state employees. Later that year, I helped lead community opposition to HJR 9, the proposed constitutional amendment that would have enshrined same-sex partner benefits discrimination into our state constitution. Two years later, I fought to pass an inclusive anti-discrimination ordinance that was approved by the Anchorage Assembly but vetoed by then-Mayor Dan Sullivan. In 2011, I was a leader in the LGBTQ coalition that organized the One Anchorage - Yes on Prop. 5 campaign. I again played a role in passing the anti-discrimination law in Anchorage, this time successfully, when the 2015 ordinance adding LGBTQ protections to municipal law was enacted. Earlier this year, I served on the Fair Anchorage - No on Prop. 1 campaign steering committee, helping mobilize the community to uphold that 2015 law by refusing to pass an anti-transgender “bathroom bill” -- a historic win for the LGBTQ+ and progressive community both locally and nationally.

I’m a founding member and current board president of Alaskans Together for Equality, an organization that advocates for LGBTQ rights at the local, state and federal level. Since 2010, I’ve also served as a board member for the Pride Foundation, the only LGBTQ community foundation providing scholarships and nonprofit support across a five-state region that includes Alaska, Montana, Idaho, Oregon, and Washington. Last year, I was the first Alaskan to be selected as an LGBTQ Victory Fund Empowerment Fellow by the Victory Fund Institute, an organization that works to increase the number of openly LGBTQ officials in public office.

As a Democrat in Alaska, I’ve volunteered as a caucus chair, district vice chair, and State Central Committee member. I was honored to serve on Mayor Ethan Berkowitz’s Anchorage Transition Committee in 2015. This January, I introduced a resolution opposing the Prop. 1 “bathroom bill” that was passed unanimously by the State Central Committee. I have long supported and worked for pro-equality candidates and elected officials.

In my spare time (what there is of it!), I enjoy playing soccer, going to the gym, following legislative news, keeping up with the latest trends in communications and marketing, and enjoying Anchorage’s wealth of locally roasted coffee.

Thank you for visiting. I would appreciate your vote.