Proposition 1 would have eliminated portions of our city’s current non-discrimination ordinance that protect transgender people from discrimination in housing, employment, and public accommodations. 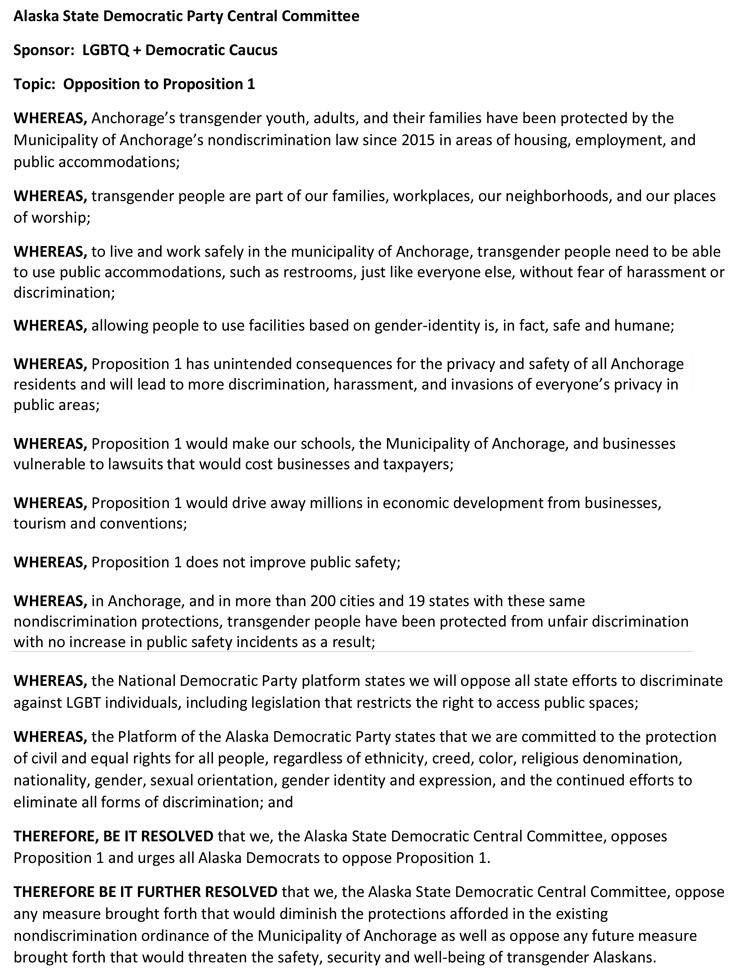